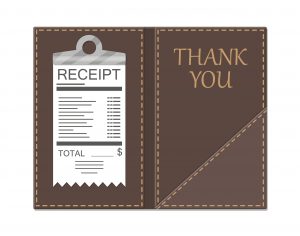 The lawsuit alleges that the hotel violated New York Labor Law by failing to clearly identify to customers that a “service charge” on the hotel’s banquet event documents (menus and bills) was not a gratuity or tip. As a result of the hotel’s policy, the lawsuit seeks unpaid wages, pay, and an injunction ordering the hotel to seize its practices.

Ms. Lukasiewicz stated that typically “banquet customers often will not tip servers when they see a ‘service charge’ included in their bill.” The reason being, “most people would think that’s a tip.” This practice, however, is contrary to what is required under New York Labor Law.

New York Labor Law is clear: banquet service charges must “be clearly identified as such and customers shall be notified that the charge is not a gratuity or tip.” As such, Ms. Lukasiewicz stated that even “a union contract does not change an employer’s obligation under the New York Labor Law.”

Ultimately, “it all depends on whether the employer discloses in the event documents that they are keeping part” of the service charge.

Thomas & Solomon represents employees to recover unpaid wages as a result of unlawful service charge policies. If you believe your legal rights in the workplace have been violated by your employer, contact us for a confidential evaluation of your situation.